I was full of confidence with my father’s firm grip on the back of my bicycle seat and his reassuring voice, “Keep pedaling, you’re doing fine!” Then there was silence. Suspicious, I called out for him. No reply, just his taunting laugh in the distance. But wait…I’m keeping my balance without his help. The exhilaration! Like a bird that had found its wings. In spite of his blindness, my father showed me a freedom that he had lost.

Six decades later, the freedom I experienced has not diminished. The fresh air in my face and the simplicity of pedaling clears my head, helping me to just be. The open sky is closer with a panorama of color and cloud formations. Today, a large flock of birds danced above me, changing partners. Where were they going? It’s no wonder I feel more connected to the natural world around me than in a car. (I never liked driving anyway). Even in the drizzle, I’d rather be bicycling than on a crowded bus or train.

Because public transportation in Britain is plentiful if not always reliable, many people delay learning to drive and some never do. If I hadn’t moved to rural New Hampshire in 1973, I doubt I would have taken up driving. In my ignorance, I assumed there would be a bus, maybe a red double-decker, pulling up in front of Gerard’s parent’s house in Sanbornton Square. I hadn’t realized that in America everybody drives. At first, Gerard tried to teach me but it was too hard on his nerves. A work colleague picked up where he left off, happy to sit back and read, confident that I could handle his VW bus. Finally, I took my driving test on a snowy winter day. The instructor liked my English accent and there was too much snow for parallel parking. I hadn’t learned that yet. “Oh, I see you can drive well enough. Let’s go back indoors and have some hot chocolate.” A lucky break for me. For eleven years, I drove the country roads, grateful for the independence. But I was never a natural driver. When we moved to Somerville, I reduced the driving to an absolute minimum. Ten years later, moving into the heart of Boston, I happily gave up the car. It’s easy to get around by bike..to the store, the library, the Y, etc. I remember an old boyfriend once saying, you’re a good driver when the car becomes an extension of yourself. But in my case, it was the bicycle that became an extension.

When I suddenly lost most of my hearing, I despaired at the prospect of not riding my bike anymore. I no longer felt safe of my balance or ability to hear what’s going on around me. But then a friend persuaded me to join her riding three miles along a bike path to the Arnold Arboretum. Liberation! Just to be riding again…up to Central Square, along the Charles and downtown…with a new-found caution and awareness.

The Arboretum has become a favorite destination. Within 30 minutes I enter into quiet countryside – all 260 acres of it. Named after James Arnold, a whaling merchant from New Bedford, Mass, who bequeathed his estate to Harvard University, the Arboretum was designed as a public park by Frederick Law Olmsted back in 1872. 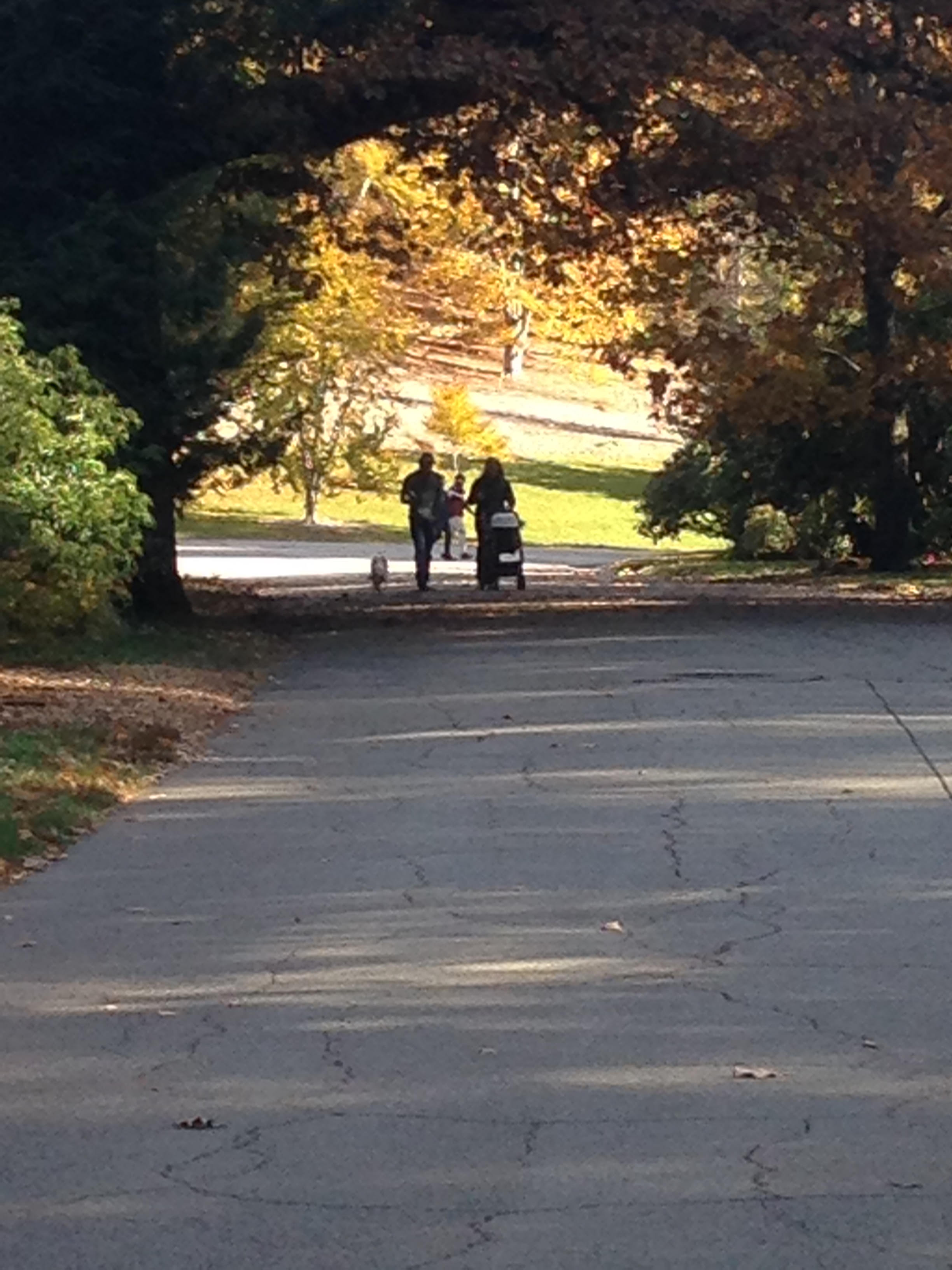 A road winds through the park – beside a rose garden and pond, past rhododendron borders and a conifer meadow that could be in Switzerland. 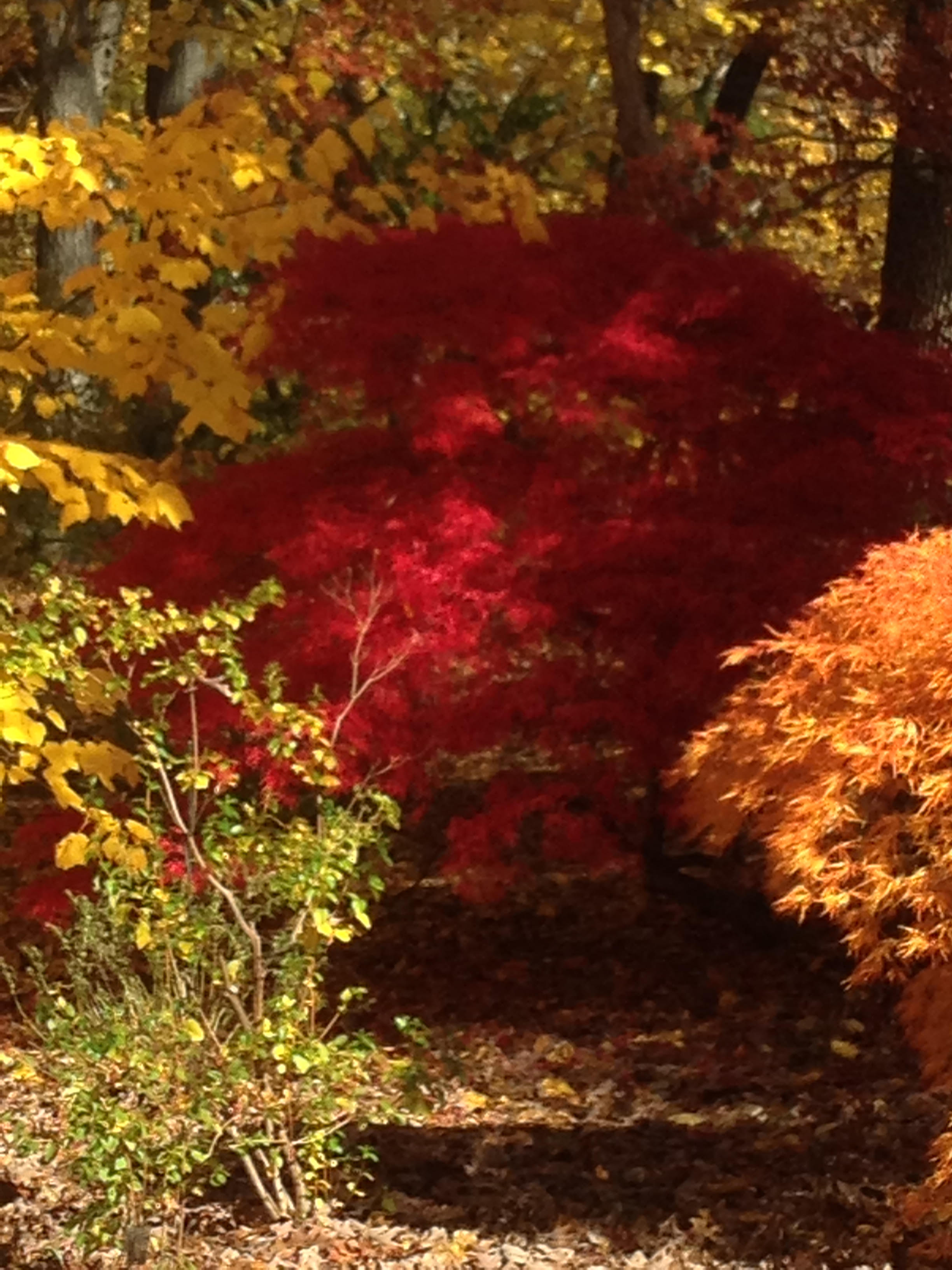 Red maples in the fall, clouds of flowering lilacs in the spring and even a collection of dawn redwood trees grown from seeds that came from China in 1948. (Not the ancient evergreens of California). 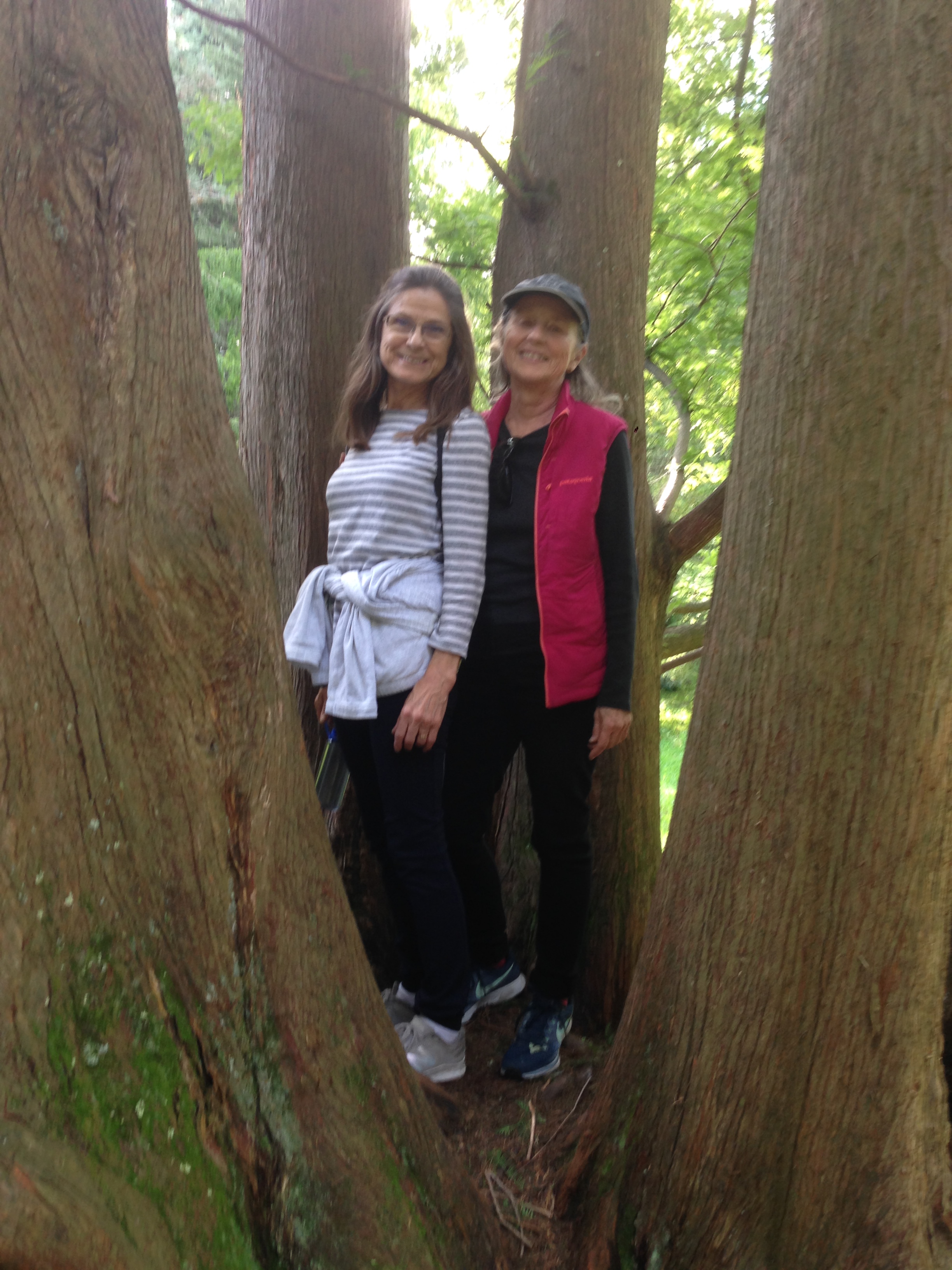 My friend, Diane, introduced me to her favorite – a redwood so large you can stand inside the grotto created by its separate trunks. Like an oracle, it will invite you to pose a question and wait in silence for a response.

Jamaica Pond down the street is a glacial kettle hole, also landscaped by Olmsted who was captivated by ‘its great beauty in reflections and flickering half-lights.’ I’ve lost most of my hearing but not the freedom that my bicycle gives me to stay connected to my favorite places.