Last year we said a final farewell to Agonda; enough is enough. But I persuaded Gerard, just one more time. Because of where we had just come from, all of the new development here was even more distressing. Previously our end of the beach was the least crowded. Now that Agonda is one of the top ranking beaches in Asia, the open space was too attractive to developers to resist. We’re now surrounded by a sea of huts, to our left, right and in front us, stretching down to the beach. Every existing restaurant, shop, guest house has a facelift and among the new hotels, the fanciest even has a swimming pool! Our long-term guesthouse companion, Tatiana, has fled to the hills. As a local retailer summed it up, “Agonda is no longer a beach it’s a small city!” But a city with still a single-lane road that isn’t equipped to handle the influx of motorbikes, delivery trucks, over-sized SUVs from Mumbai – let alone the cows that still wander through the traffic jam.

Otherwise, Agonda is stepping up to the plate, catering to the new tourist who expects comfort, facilities, bars, night-time entertainment etc. The Indian tourists come in all shapes and sizes; the extended families of grandparents, aunts and uncles etc, the young men from Mumbai playing football on the beach. In our guesthouse, the elderly couple from Chandigarh who make their meals with a pressure cooker and the single man who came with his belongings in a small cloth bag and walks in the garden at sunrise cleaning his teeth with a neem stick. The landowners are cashing in big time. Rents are going through the roof. We were so lucky to first come here nine years ago and enjoy Agonda’s natural beauty and the simple life of what was then primarily a fishing village. I still love the beach, but now I have to find my place among the surfboards and crowds.

One thing that hasn’t changed is Fatima’s birthday celebration. Her family operates numerous businesses in town and perhaps this is their way of giving back to the community.

It’s an open invitation and well-attended. We saw several old friends including Jane and Richard from England who we met on our first visit.

The entertainment and accompanying meal are now renowned. This year, a Russian woman trained in Indian classical dance performed along with a fire dancer. 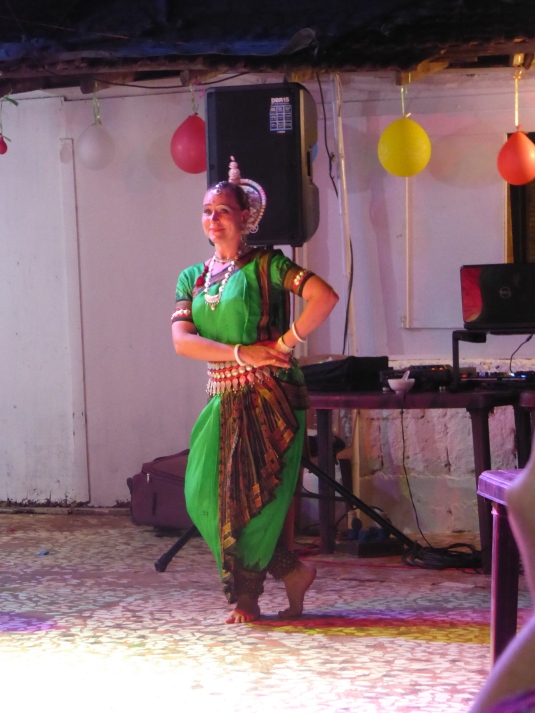 Between the main acts, we were entertained by young Goan girls dancing to Bollywood music. And at the end of the evening, I hit the dance floor. 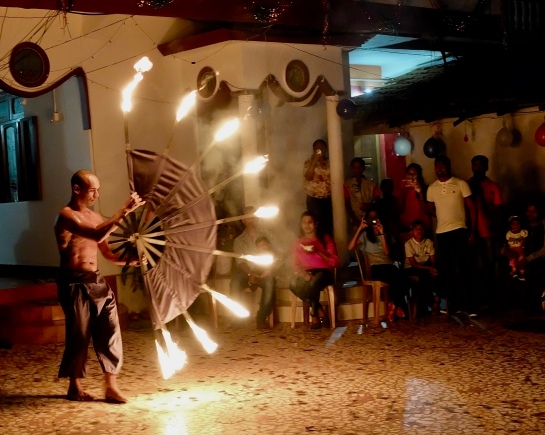 To help us adjust to the new look of Agonda, there are still a few visitors from years past. They seem to be more accepting than we are. Their priorities are beach, climate, and value. The first priority doesn’t cut it for Gerard. A couple we met a year ago in Varanasi, Premgit and Sandhiya, are here at the same time and it’s been a boon to have their company. 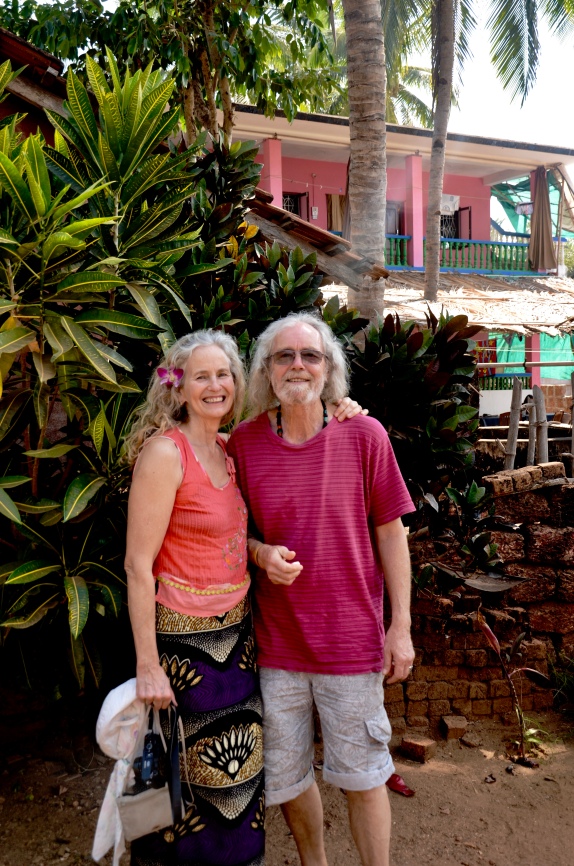 For me, the trauma of the new look has not been so pronounced, but for Gerard, Premgit’s company has helped to distract him from the loss of what this town used to be. Gerard said, “Why I find this so upsetting is, even though I’m not a beach person, I actually liked this place. And now look what they’ve done to it!” Premgit’s a professional photographer working on a ten-year project in India. He and Gerard find a lot to discuss. It was very easy for me to also connect with Sandhiya; we have much in common.

In addition to a swimming pool, Agonda now also has a doctor. Not having much such success with the homeopathic, I went back to the allopathic.  She confirmed an ear infection and gave me ear drops and antibiotics.  The infection has cleared and thankfully, my hearing is almost back to normal…for someone of my age! 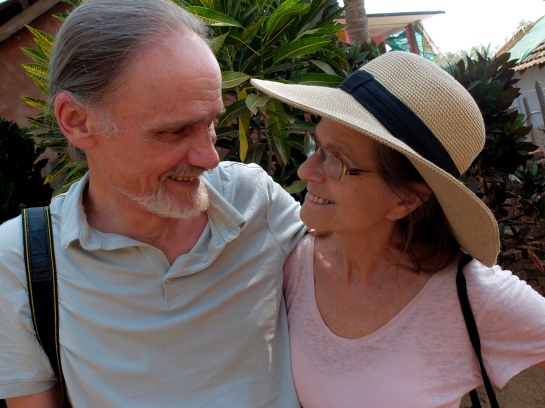 8 thoughts on “Agonda: now it has a swimming pool”