We couldn’t wrap up 2016 without another visit to New York City, to see our good friends, Michael and Dale, again before we set off for India, and to visit a gallery with a special show of paintings of a favorite artist, Ralph Albert Blakelock (1847-1919) . Christmas is always a great time to be in the city, and although it was still just under a month away, there were early signs of decorations and lights everywhere. On Saturday morning, entrepreneurs were out selling pine trees on the sidewalk or in empty lots – a little boy with eyes as large as saucers hugging a tree trunk, staking his claim…as night fell, a father with his two daughters, all three in Santa hats, jubilantly dragging a tree home.

The Blakelock show was in a private gallery on Park Avenue, on the third floor of an exclusive apartment building. We rang the doorbell and a courteous young man greeted us, “Let me hang up your coats…would you like anything to drink?” The three paintings hanging in the foyer were so compelling that it was hard to move on to the labyrinth of rooms where 125 more were displayed. Overstuffed couches allowed you to sit and contemplate these remarkable works. 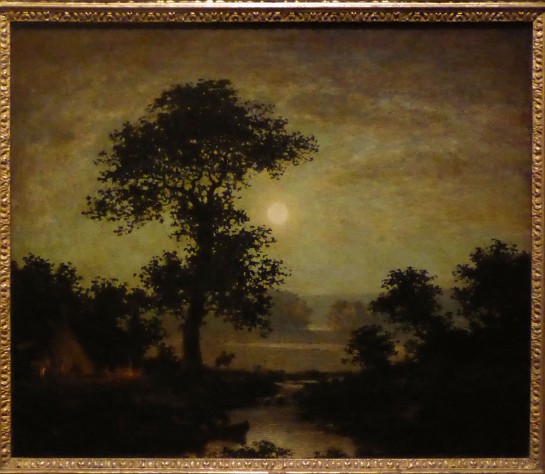 A contemporary described Blakelock’s moonlight paintings as capturing the moment when night is about to commence; “when the light in the western sky lingers, glowing… and the trees make giant patterns of lace against the light.”

His later paintings tended to become more abstract, a harbinger of things to come in the New York art scene. Gerard struck up a conversation with others in the room  (most of the people in the gallery were artists).  They offered their own insight to Blakelock ‘s technique and inspiration; one of them even called this the “Show of the Century.” 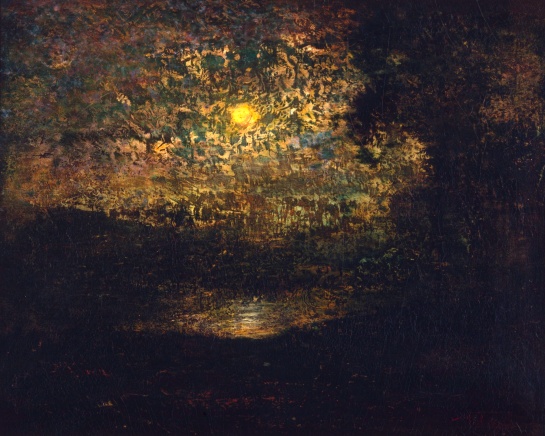 We left the show and walked across Central Park to the upper east side to meet up with an old friend from Boston. He’s Professor of jazz studies at Rutgers and is a leading expert on John Coltrane. Gerard never misses the opportunity to pump him for information. He is newly married and moved into his wife’s apartment. She served us a wonderful lunch and is as interesting and unique as her new husband.  She’s managed to accommodate his baby grand, and collection of CDs, tapes, books etc.  The apartment is bursting a the seams! 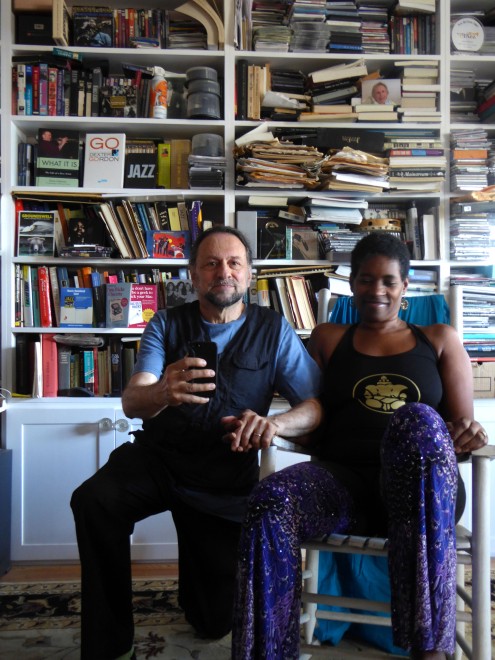 In the afternoon we took our friends over to the Nicolai Roerich museum also on the upper west side. Roerich is the Russian painter we discovered in India, where he made his home in a small town in the Himalayas. Our third visit in the past few years, his paintings continue to stand up over repeated viewings.

The weather wasn’t up to walking around the city, so on Sunday we decided to take the train to the Brooklyn Museum. 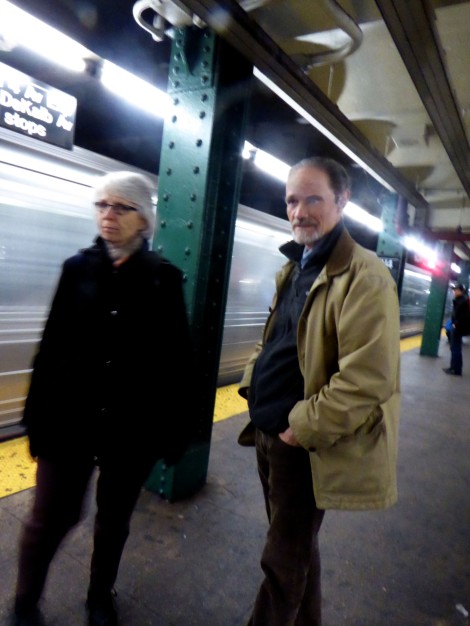 It’d been over 30 years since we’d been there and we spent most of our time in the American wing, not quite up to the Met’s Collection but none the less well worth the visit. 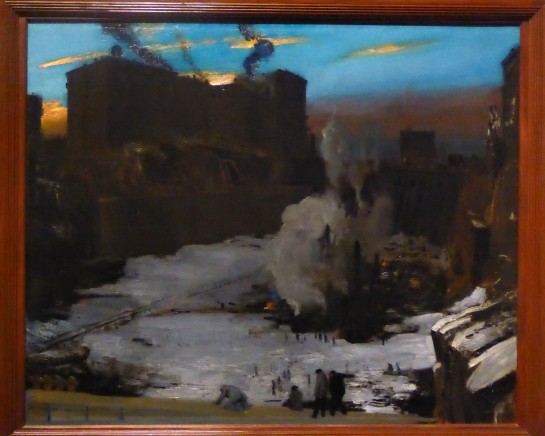 The museum has a collection of the New York “Ashcan” painters, including this one by George Bellows. 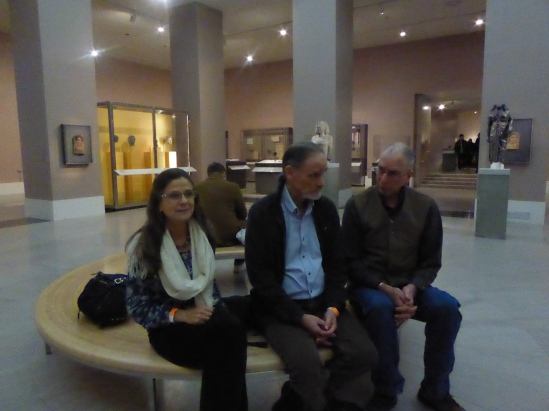 Monday morning came all too soon. Saturated by art, but not by New York City or the company of our good friends, we took the bus back to Boston. To our surprise, there was a light scattering of snow on the ground. But it is, after all, December and finally time to begin packing that small case!

6 thoughts on “Friends, Blakelock and Roerich”