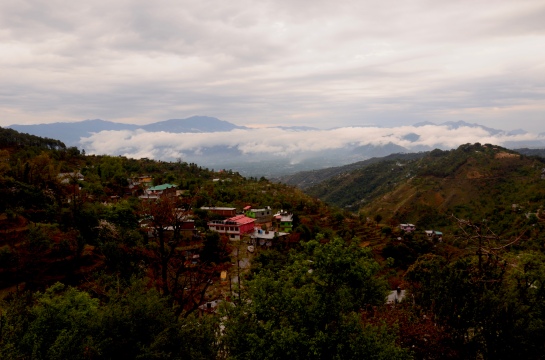 One night it rained heavily, with thunder and lightning moving around the hills. In the morning, the clouds slowly lifted out of the valley lifted, then the mountains beyond became defined.

We walked back up to the temple on the ridge and looked out towards fresh snow on the distant peaks.

It was tantalizing not to be closer, but our time in India was running out and then our friend Peter wrote to say it was raining and cold in Vashisht. So we decided to just spend the last week of our stay in HP here. 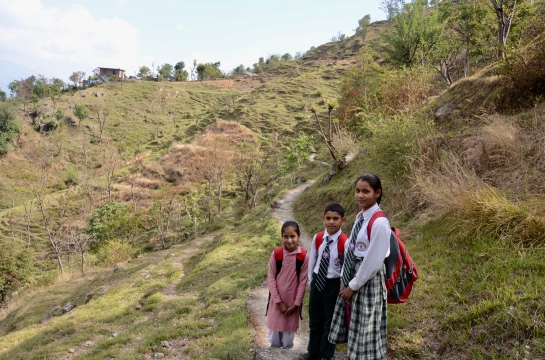 Walking out into the fields in another direction, two children called out to us. Dressed in their ridiculous British-style school uniforms, it was Suman and her younger brother, Anurag whose family we had visited the previous two years. Their father had not been there, working as a welder in Saudi Arabia for several years and we were impressed by how independently his wife managed the small farm alone. Suman insisted we come to the house. She and Anurag quickly change out of their school uniform. 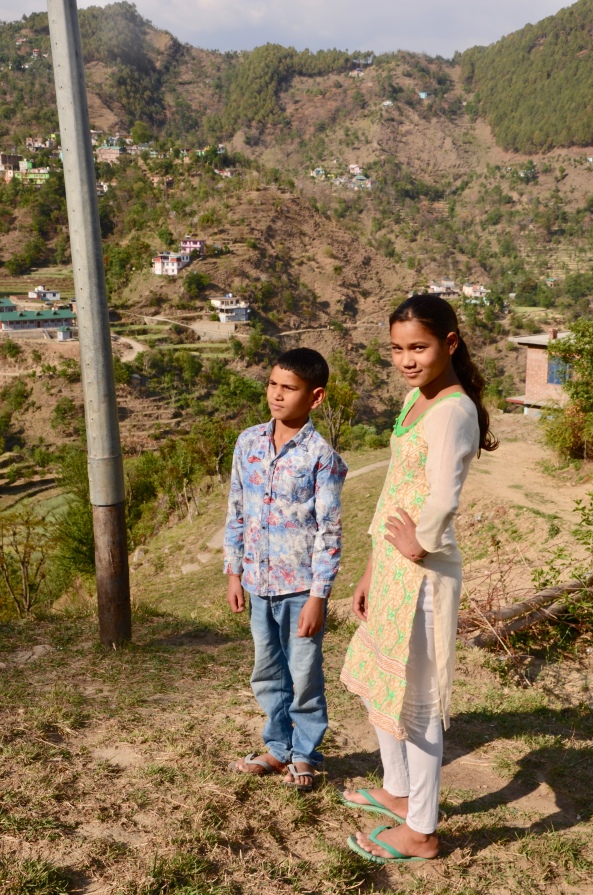 Everyone was pleased to see us including their father who was finally home. He confirmed the terrible stories of working conditions we hear of in Saudi Arabia; he’d received no pay for the last six months he worked there. 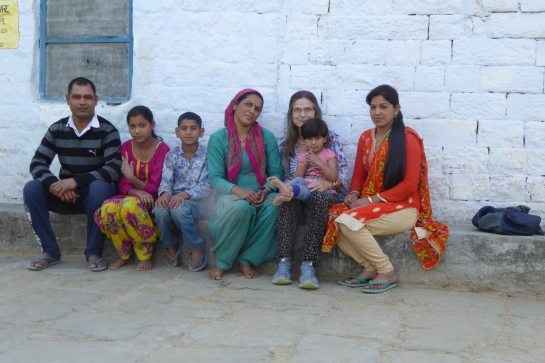 The final four days of our visit coincided with an annual festival. Baisakhi, rooted in the rural agrarian tradition, bids a final farewell to winter.  All the goddesses from local villages descend on the town, transported via wooden poles on the shoulders of village men and accompanied by drums.

We’ve seen this same festival in Vashisht but not here. Celebrated by both Hindus and Sikhs, the Hindi temple and Sikh gurudwara were festooned with colored lights at night. But in the manner of all Indian festivals, it was also secular. The main thoroughfare beside the lake became a massive carnival – rows of stalls set up selling the same cheap merchandise. (We sympathised with the vendors who must have lugged it all up the mountainside, only to turn around and lug most of it down again at the end of the festival). 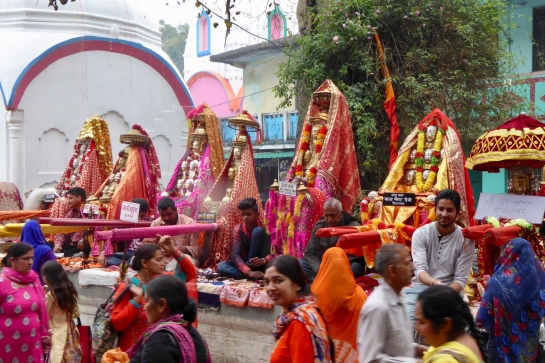 Literally, thousands of people from the neighbouring villages visited over the four days and the town was suddenly transformed from its usual peace to a noisy hubbub. Politicians of the incumbent BJP party pontificated over loudspeakers; drums continually pounded. Each evening the politicians gave way to loud music. Singers were accompanied by electric instruments and pakawaj drums The music ranged from crooning 50s style music to Bollywood to local folk. We preferred the latter which was nostalgic of the folk music of Morocco. It was all an interesting hybrid mix, but like everything in India, the amplification was way too loud.

Finally, we said goodbye to all the friends we’ve made in this little town and took the night bus direct back to Delhi to begin our trek home via a few days in England.

3 thoughts on “After the Rain”